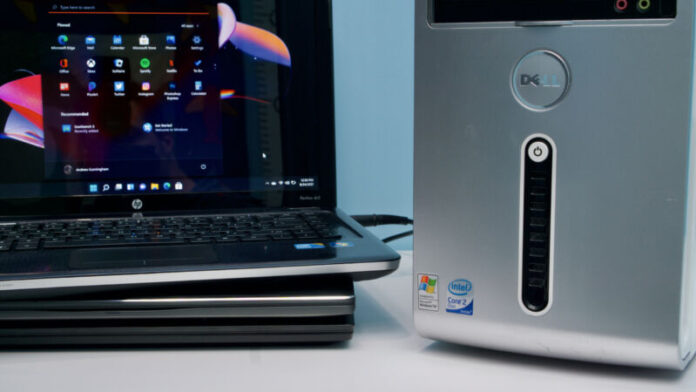 Windows 11 is here. And now that you’ve had time to read our full review, you might be thinking about installing the upgrade on your own PC.

We think most people should wait a few months to give Microsoft time to iron out Windows 11’s biggest new-operating-system bugs and finish releasing updates for Windows’ built-in apps. But you may want to install the operating system anyway because you want to test it or because you like to run the newest thing. Or maybe you’d like to install Windows 11 on an “unsupported” PC because Microsoft is not your parent and therefore cannot tell you what to do.

We’ve pulled together all kinds of resources to create a comprehensive install guide to upgrading to Windows 11. This includes advice and some step-by-step instructions for turning on officially required features like your TPM and Secure Boot, as well as official and unofficial ways to skirt the system-requirement checks on unsupported PCs.

I’ve had Windows 11 running on PCs as old as a Dell Inspiron 530 from 2008, and while I’m not saying this is something you should do, it is something that you can do.

The easiest way to get Windows 11 is by checking Windows Update on a supported, fully up-to-date Windows 10 PC. But because Microsoft is rolling out Windows 11 slowly over the course of many months, your PC may not see it yet.

Microsoft offers several ways to download Windows 11 manually. One is to use the Installation Assistant app, which you install on your PC to trigger a normal upgrade install via Windows Update. The second is to use the Windows 11 Media Creation Tool, which automates the process of creating a bootable USB install drive or downloading an install ISO file. Once you have a USB drive, you can either boot from it to perform a clean install or run the Setup app from within Windows 10 to do a normal upgrade install. You can also burn the ISO to a DVD, but installing from any USB drive, even an old USB 2.0 drive, will be much faster, so you shouldn’t do that. Finally, you can just download an ISO file directly from Microsoft’s site.

Do I need to pay for it?

Windows 11 is a free upgrade to Windows 10. So if you’re running Windows 10 Home or Pro on your PC, regardless of whether your PC is officially supported or not, you’ll be able to install and activate the equivalent edition of Windows 11.

If you’re installing Windows 11 on a new PC you’ve just built yourself, officially, you should buy a Windows 10 or Windows 11 license. As of this writing, the only sites I see selling retail editions of Windows 11 are scammy product key websites that I wouldn’t trust with my credit card info, so I would recommend buying a Windows 10 license from a reputable site. Its product key should work to install and activate Windows 11.

Unofficially, I’ve had some success using old Windows 7 and Windows 8 product keys to activate equivalent editions of Windows 11—it’s an open secret that the Windows 10 installer would continue to accept these older product keys long after the “official” free Windows 10 upgrade offer expired back in 2016. But we’ve also heard from readers who have had trouble using these keys with Windows 11 or later Windows 10 releases, so your luck may vary.

What does my PC need to be “supported”?

Windows 11 Home requires a Microsoft account and Internet connectivity; Windows 11 Pro can still be used with a local account. Windows 10 Home used to let you create a local account as long as you didn’t connect to the Internet during setup, but that trick no longer works.

The processor requirement is the most restrictive; supported processors include 8th-generation and newer Intel Core processors as well as AMD Ryzen 2000-series processors and newer. These are all chips that launched in late 2017 and early 2018. Older computers can’t officially run Windows 11. This is a big departure from Windows 10, which made a point of supporting pretty much anything that could run Windows 7 or Windows 8.

We get more into the reasoning behind these requirements (and whether they hold water) in our review. But the three big ones are the CPU requirement, the TPM requirement, and the Secure Boot requirement.

Previous articleNokia T20 is a $250, 10.4-inch Android tablet with a big battery
Next articleFrequently Asked Questions About Mobile Crushers and Their Answers

Points to Consider When Buying a Lipstick Mold Kit

How To Buy a Good Streetwear Hoodie?