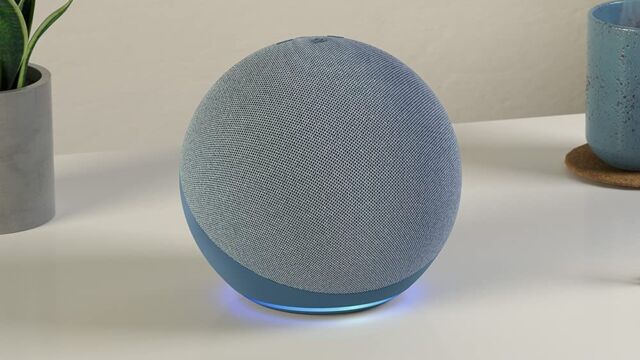 It may be common for your kids, partner, and coworkers to tune you out, but shouldn’t your virtual assistant be different? Amazon Alexa will now practice a bit more patience with users, thanks to a Tuesday update that makes the service wait longer for a person to finish speaking commands before it stops listening.

As reported by Forbes, the feature is optional. It could certainly come in handy for those who speak slowly or just need more time to process their thoughts. But it’s really intended as an accessibility feature that makes it easier for people with speech impairments to use Amazon’s virtual assistant. Amazon added the new behavior after some customers told the company that “they just need a bit more time before Alexa responds to their requests,” Shehzad Mevawalla, head of Alexa Speech Recognition at Amazon, told Forbes.

Giving people more time to speak with Alexa could make the product more appealing to millions. The National Institute on Deafness and Other Communication Disorders reports that more than 3 million Americans stutter, and almost 7% of Americans have a language impairment of some sort, according to the American Speech-Language-Hearing Association.

Another type of communication

This week, Amazon also updated the Alexa app on Android to allow users to type out requests instead of speaking them, The Verge reported. The feature is in public preview in the US. Of course, the ability to type commands to Alexa could be crucial for those with speaking difficulties, but the update also provides a private way to communicate with Alexa when others are in the room.

Alexa’s iOS users got the feature in December, and rivals like Apple’s Siri and Google Assistant have accepted typed requests for years.

Next articleReport: Amazon-designed fridge will use the same tech as Amazon Go stores

Report: Amazon-designed fridge will use the same tech as Amazon Go stores